Building a Rooftop structure for a local family at comuna 13 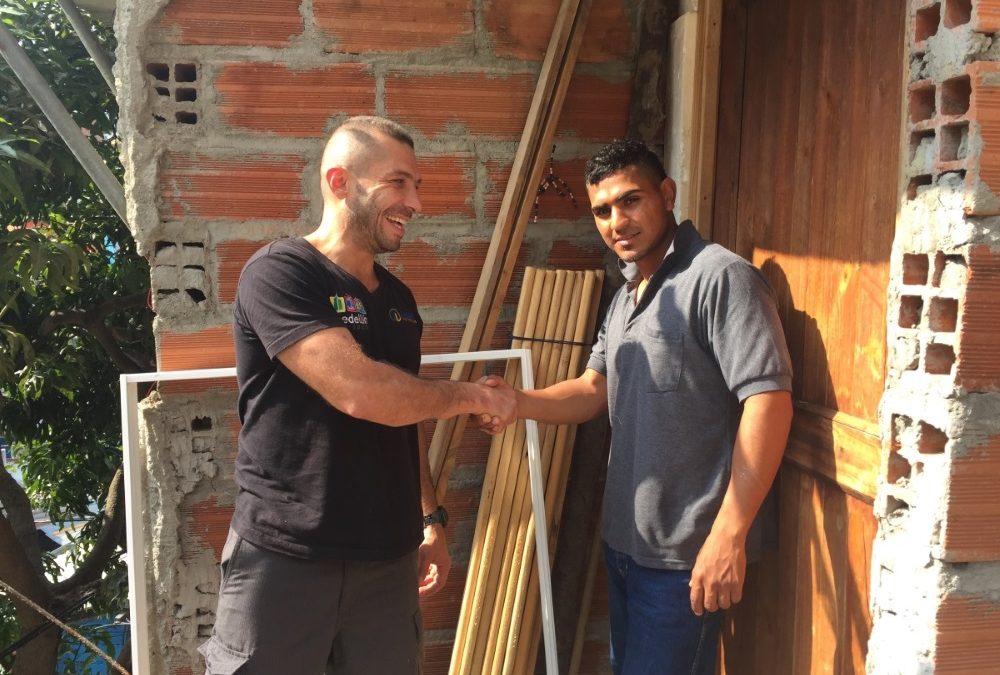 For every tour sold during 2015, Medellin City Services® Foundation has saved one dollar, the same that goes into a social project at comuna 13. All the savings during year 2015 were destined to this fantastic project which took 5 weeks for completion.

After years of peacefully touring around this picturesque neighborhood west part of Medellin, our staff has earned recognition from the community who has made it possible every single time we run our tours. In an effort to give back to the community, Medellin City Services® has managed to contribute to one family in need for building materials, more specifically a rooftop for their home.

In this case it is John Alexander Serna, also known as “Shota”, the beneficiary of the first of the many rooftop donations planned in the area. Shota’s family grew up in the community and has been victim of the many conflicts that have previously hurt the neighborhood. After the massive wipe down of early 2000, Shota has been acting as an ambassador for the area and welcomes visitors from all over the world on a daily basis. He´s in fact been hired by the government as a tour guide, and despite language barriers he gets his point across regardless of tourists nationality.

On his days off, Shota spends time with kids in the community painting outstanding murals and graffitis that fill with live and vivid colors this cozy slum known as comuna 13. At his early 20’s, Shota is now ready to be a father of a healthy baby, and that is one of the reasons why Medellin City Services® has looked at Shota as a great beneficiary of this rewarding social project that donates a rooftop for him and his new family.

As long as tours are being sold during upcoming years, the Medellin City Services® Foundation will gladly continue saving one dollar out of every tour in order to improve the quality of life for the residents at comuna 13. Hopefully, this year together we will be able to provide one or more families in need with the proper support to make a positive impact in their lives and improve their living standards.
Pictures of the process: 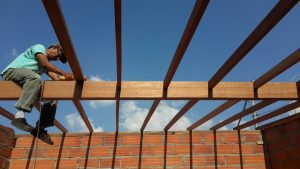 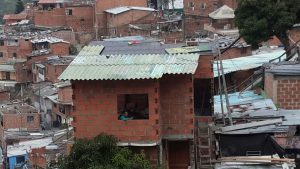 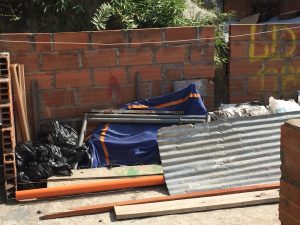 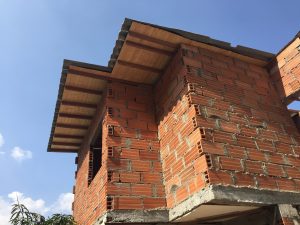 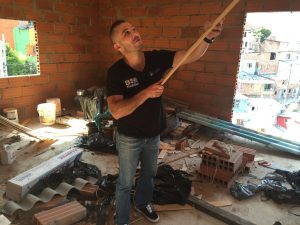 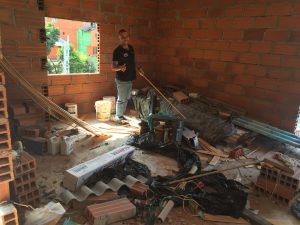 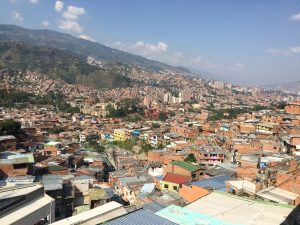 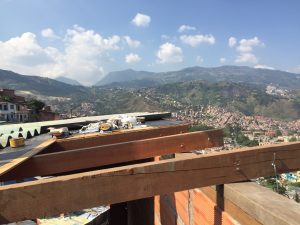 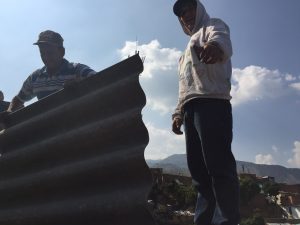 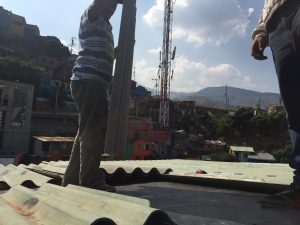 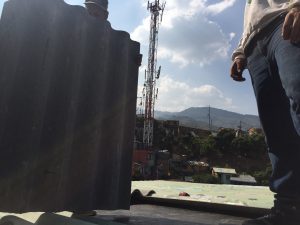 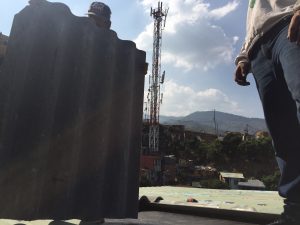 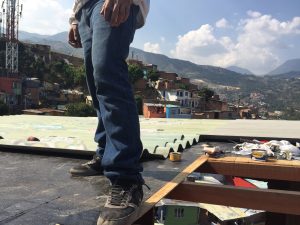 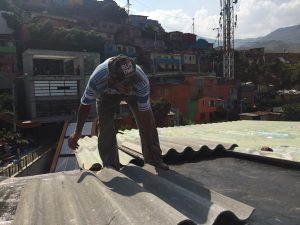 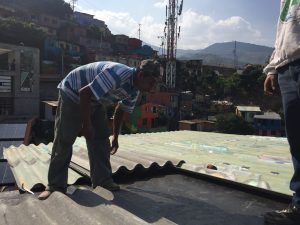