Food Tour: The Best Chicharrón, Buñuelos and Morcilla in the Valley 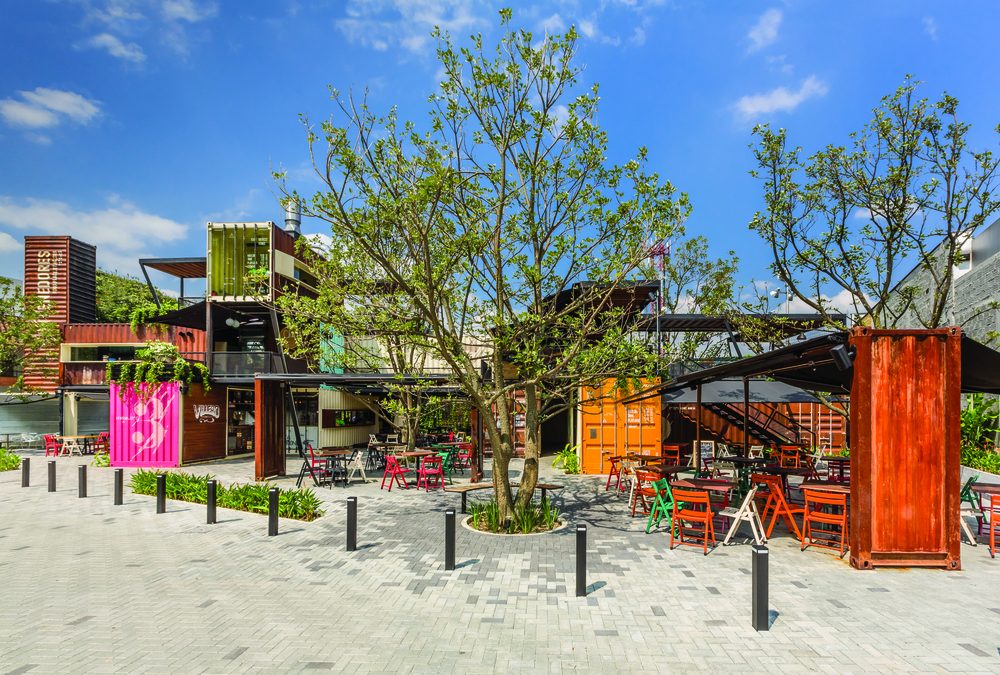 Joining Camilo Uribe of Medellín City Tours on a food tour of Envigado and Sabaneta felt a little like being on an episode of Anthony Bourdain’s No Reservations. We ate well, we drank well, we had a lot of laughs and a great night discovering small restaurants specializing in popular regional foods. Late one Thursday afternoon last month, Camilo picked me up in Ciudad del Rio. From there, we picked up my friends Don, and Karen and Eric of Trans-Americas Journey, before driving south to Envigado for our first meal of the night.

La Gloria de Gloria, a 25-year old restaurant named after its lively owner, Gloria Cecilia Ramirez, is famous for having the best chicharrón in the valley. A paisa favorite, deep-fried pig skin is often served as an accompaniment to bandeja paisa or mixed in with frijoles for flavoring, though you’re just as likely to see it served on its own, especially at a place like La Gloria de Gloria.

We were greeted almost immediately by Doña Gloria, the owner, and before I had a chance to take in all the family photos plastering the walls, I had a cold beer in hand and a half-bottle of Aguardiente was being opened for us. A whirlwind of activity by the staff lead to a table full of chicharrón, morcilla (blood sausage), costillas (ribs), arepas, avocado and all the necessary condiments.

I’m not normally a fan of chicharrón, seeing it as deep-fried fat and little else, but Doña Gloria’s chicharrón is different. I could immediately see there was meat in there too. In fact, it was the single meatiest piece of chicharrón I’d come across in the last five years.

And she may have built her reputation on fried pork, but we were all fans of the thick, juicy ribs too. We tasted the morcilla as a reference, but were saving our appetite for the last restaurant of the night, which we knew specialized in blood sausage.Beyond the food itself, the atmosphere of La Gloria de Gloria captivated us as well. Occupying a small corner a few blocks from Parque Envigado, colored Christmas lights were hung up with care, and a Colombian flag was waving outside the front door.

Inside, Doña Gloria made us all feel warmly welcomed, and I’m not just talking about the guaro. She made sure we had everything we needed, and then some. She even took shots with us. I didn’t want to leave. We could’ve all spent another hour there eating, drinking and talking, but we knew there was much more to see and eat.

Chunchurria is fried pork, beef or lamb intestines. It’s a popular street food in Medellín and throughout Latin America. The only previous time I’d tried it was on arrival in Guatapé four years ago, when my friend Troy dared me to eat some. It tasted exactly like what you’d expect of fried intestines.

German, the proprietor, is originally from Cali, though he lived in the U.S. for years, before returning to Colombia and settling in Medellín. He speaks fluent English, which allowed me to more easily ask him whether Colombians truly love this stuff. The answer was a resounding “yes,” and not just the old folks. He said it’s popular with Colombians of all ages, men and women alike. I decided to give German’s chunchurria a shot, but the taste still didn’t appeal to me.

I noticed the butifarras, which I first encountered last year on a visit to the pueblo of Barbosa, north of Medellín. There, I was told they were bull testicles. I took this opportunity to confirm they are actually a type of sausage, though not far off from what I imagine rocky mountain oysters look like.

Our third stop took us out of Envigado and into Sabaneta. Parque Sabaneta to be specific.

El Peregrino is the best known place for buñuelos in the valley. They love these deep-fried cheese balls here, to the point where they made a nativity scene of buñuelos last December, complete with a baby Jesus buñuelo. It was one of the strangest food scenes I’ve ever seen.

But this was Karen, Eric and Don’s first visit, so it was nice that I got to share it with them.

I normally eat my buñuelos plain, but Don introduced me to the idea that if you add a little sugar to them, they instantly taste like doughnuts. Delicious, delicious doughnuts. I tried to stop after one buñuelo, but Don kept ordering more, and breaking them open only to add sugar and hand them off. I couldn’t resist.

The fourth and final stop of the food tour was a restaurant called El Hijo de Estrella, which specializes in morcilla, or blood sausage.Like chicharrón, morcilla isn’t high on my list of favorite foods, but I summoned my inner Bourdain to give it a fair shot.The plate arrived with more morcilla than any of us could eat, and topped with patacones for good measure.

Karen immediately pointed out the morcilla’s casings looked more tightly wrapped then the ones we’d seen and tried at La Gloria de Gloria. As well, it looked less greasy. I took a bite of one, and was surprised to taste a noticeable difference. It’s still hard for me to get past the idea of eating dried pig’s blood mixed with rice and spices, but I have to give respect to El Hijo de Estrella for making the best blood sausage I’ve ever tried.

I think their thinner casings result in less grease and fat, which made all the difference for me. By this stage of the night, I was feeling full. The tour wrapped up in a little under four hours, and Camilo dropped us all off at home. One of the advantages of doing an organized food tour, besides Camilo’s ability to customize an itinerary to suit your needs and food interests, is the ability for you to sit back, relax and enjoy the ride. There’s no need to worry about how to get from Point A to Point B, or even home.

Costs vary depending on the number of people and itinerary. Contact Camilo at Medellín City Tours to book your foodie adventure today!