The tour into Pablo Escobar’s life 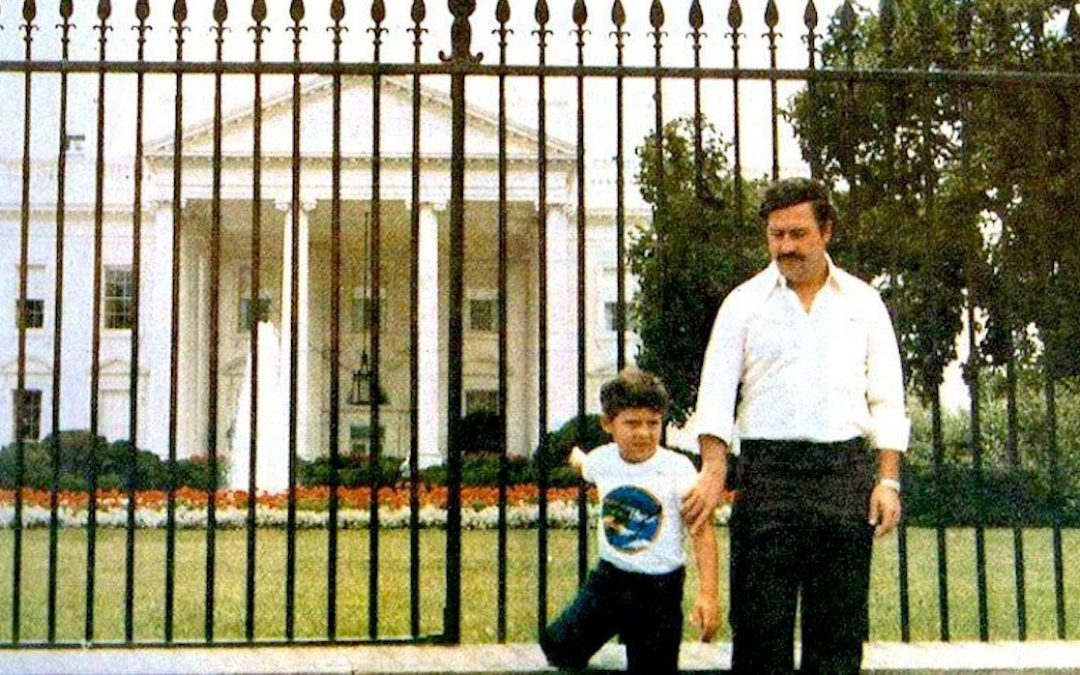 Medellin is still flooded by apartments that used to belong to Pablo. He owned more than 2,500 properties which all were possible hide-outs that he could have used whilst being chased by the Colombian Police. One of the most important buildings is ‘Monaco Building’ in el Pablado. This apartment looking house was the penthouse he bought for 10 people including his wife (la Tata) & children. Underneath this building is a small prison that he had build to host hostages. This building is now being taken over by the Police of Medellin, after a priest performed exorcism rituals. It will now be used as a Police Station – which is the reason why nowadays you cannot enter the building. But just seeing the sheer size of this building, gives you the feeling of Pablo’s wealth. All external features of the property are still the originals!

In his infamous days, Pablo Escobar was a regular client at Fonda el Ciclista restaurant. This is where Pablo used to meet and give speeches to the poor in the bid to become a Congress Man- which he managed to accomplish in 1982. He also used this restaurant to carry out his dirty work- like giving orders on moving drugs, and paying his hit men. The same owner who used to serve Pablo Escobar is still there to serve you, and he will confirm that you can also dine on the actual table (No: 10) and chair that Pablo used.

Loved by some, but hated by most, Pablo Escobar surrendered in June 1991 on the condition that he’d build his own prison, and have his own guards. But La Catedral, in the shape of a cross, looks nothing like a prison. Standing high at 2000m above sea-level it has breath-taking views of Medellin. This was a way for him to see his family through a telescope whilst talking to them over the phone. The prison was equipped with a football ground, a helipad, a sauna – practically it was a Bachelor’s Pad. Worst of all, he had a prison inside his own prison – where over 120 people were killed in the 13 months he spent there. But this psychopath with loads of money also had a praying area next to a blessed stream where he prayed the Virgin Mary to forgive his sins. From his now collapsed room, he had an escape tunnel, which he used for his escape in July 1992.

The final hide-out in Los Olivos

The tour also takes you to Pablo’s last hide-out, where Pablo Emilio Escobar Gaviria was killed on the 2nd December 1992 at 3:30pm. He did 2 mistakes in Los Olivos – he stayed much longer than usual (1 week when usually he moved every 12 hours) & made too many phone calls. There are 4 theories on how we was finally killed:

What we know for sure, is that on his final day, he was shot twice – once in his ankle and then in his back, whilst trying to escape out of his window on to the roof of an adjacent house. But that’s not what killed him. A 9mm bullet to this head did the job. But who’s bullet was this? No one will ever know – most importantly he’s gone; forever!

As our guide stands on his grave, saying prayer on how he’s thankful for making money off of this cold blooded killer, we are at the graveyard where he was buried. In the end, no matter how much money you have, we’ll all end up dead.

You can research the location of all the places that we have mentioned in this blog, and go alone. But having an ex-police Commander as a guide, who lived those horrible days, and who had COP$2Million on his head, was the best part of the tour.

Check out the inside story with the guide, an ex-police commander who has lived those days here!

Thanks Medellin city tours, who offer this intriguing tour daily at $55 per person, we have been able to vividly see life as some know it; back in the 80s, when Medellin was at war.