The History told by an Ex-Cop 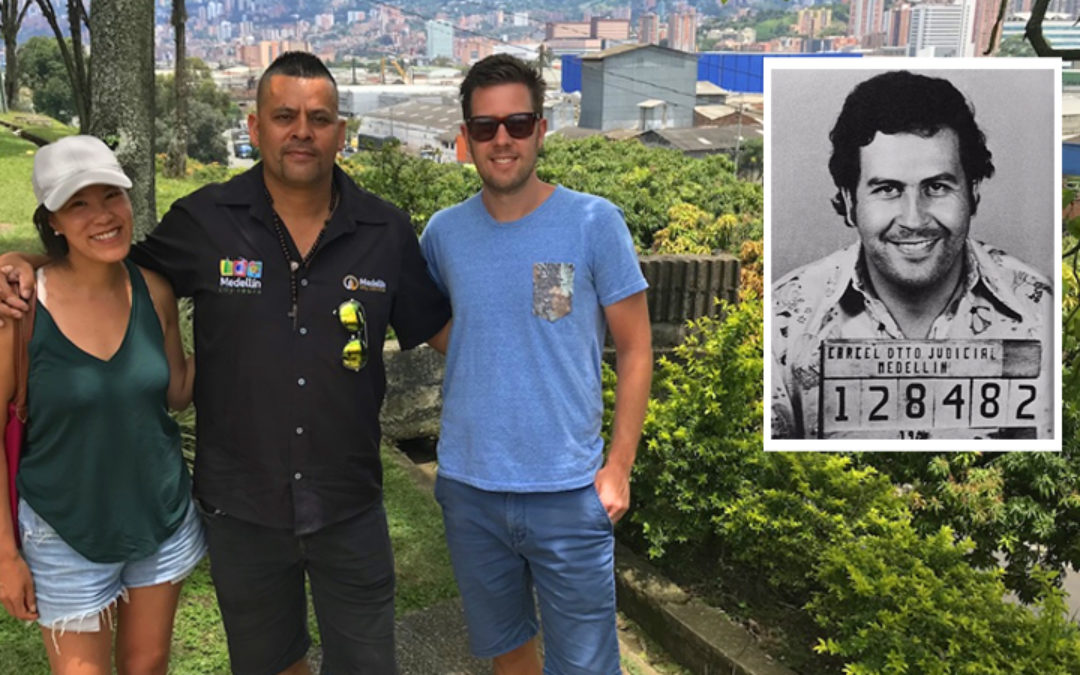 The city of Medellín in Colombia, was once the ‘murder capital of the world’ and home to notorious drug cartel leader Pablo Escobar.  The Netflix series Narcos generated a Hollywood spotlight onto this important piece of Colombia’s past to an international viewership.

Through Medellín City Tours, we took a Pablo Escobar tour, led by Carlos the ex-cop.  Having gone through four near-death experiences in the 1990’s while fighting the war on drugs — narrowly missing car bombs and gunfire — this lucky, lucky, man has lived to tell his tale.  Carlos has since put his life in the police force behind him and now offers tourists a driving tour of spots of historical significance in the city.

To fully enjoy this tour, It’s best to come armed with some basic context of Colombia’s drug-war history, even if it means you’ve binge-watched Narcos on Netflix, as it helps visualize the areas you are visiting and puts you back in time.  Locations we visited on the tour included Edificio Monaco, Pablo Escobar’s residence in Medellín where he lived with his family, La Catedral, Pablo Escobar’s self-designed “prison” with the best views of Medellín, the actual rooftop where Pablo Escobar met his death in 1993, and his grave site where he and his close family members and associates are buried.

Yes, you could do a DIY version of this Pablo Escobar tour and visit these spots on your own.  However, the highlight for us was being able to visit these locations of significance, with commentary from Carlos, seeing Medellín from his eyes, his memories and his recollections.  Not to mention, the comforts of being driven around in an air-conditioned car, with answers to all the questions you are encouraged to ask.

If you find personal accounts and stories riveting, the Pablo Escobar Tour in Medellín with Carlos the Ex-Cop is the tour for you.

At the end of the tour, we asked Carlos what his opinion was on the three seasons of Narcos; he though it was fairly well done despite some of its inaccuracies.  In Hollywood they glorify the life of Pablo Escobar.  The real heroes are the ones who died fighting the drug trade. It’s thanks to those guys that Medellín is now safe.

Thanks to Medellín City Tours and Carlos the Ex-Cop for hosting us on this tour.  As always, all opinions on Modern Mix Travel are our own.