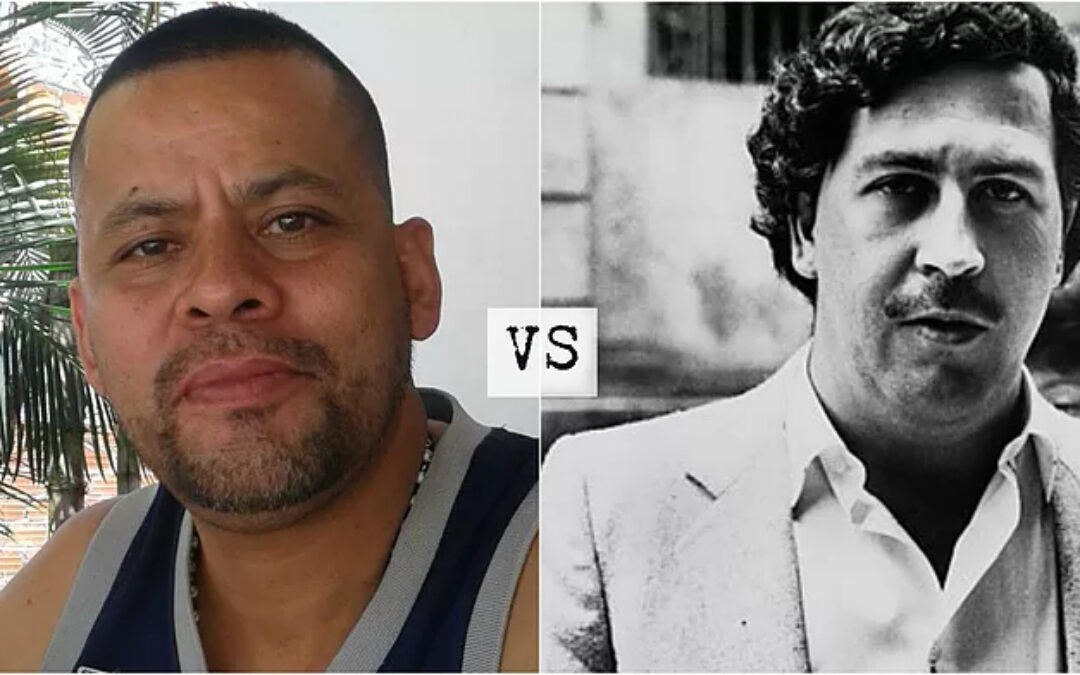 Knowing that the locals in Colombia hated Pablo Escobar made us doubt if we wanted to go on the Pablo Escobar tour. But we were too curious so we did and we were honoured to have a guide who lived those days as a Police Commander. Now an ex-police commander and victim during those times, he shares his story of living in fear, fighting for his life and the reality of those dark times!

1. When did you join Colombia’s police force and why?

I joined the police force at the tender age of 19 in 1989 because Colombia needed me I wanted to make it a better place. In 1992 I became a commander and I can say I was one heck of a great commander.

2. How do you describe those days?

I remember those days as being sad, days of living in fear, bloodbaths and fighting for survival.

3. How did the war influence you?

The war had a big influence on me. First of all they killed at least 5 to 10 police officers daily so I was on guard all the time. I lost so many friends and colleagues. I am one of the 3 police officers from 130 who graduated in my year who survived

4. How did you make it on the Guerrillas to kill list?

That was the day when I put one of their own in jail. That was it! I was bad news to them, they had all my details, they threatened me and my family, and they just wanted me dead. I knew then that I was in big trouble.

5. Have you had life threatening situations?

Yes I have unfortunately, apart from having the Guerrillas on my back I had 3 close to death instances. Now I realize how lucky I was to have survived:

6. Have you ever been bribed by Pablo Escobar’s men?

Unfortunately I have. But rest assured that I took the bribe only because I didn’t have another option. It was either Plata o Plomo! (Cash or lead ie: bullet) I had a shift at the El Dorado airport in Bogota, when I was approached by a teenager. I was asked to leave the gate I was supervising for 5 minutes, so I did! In 5 minutes I made 3 million pesos, when my wage was only that of COP50,000 a month! But that was drug money I only took it to save my life, in fact I sent it all to my mother, I didn’t want anything to do with it!

7. How many people did you kill?

I am not proud about the killings, I didn’t count. All the people I killed were bad people and anyway we had no choice. We were putting cartel leaders in jail along with evidence but the judge kept releasing them, with the excuse the evidence wasn’t enough. It was clear that they were being bribed! That’s when the police have had enough and decided to start killing them instead of arresting them, we took justice in our own hands, otherwise it would have been a lost battle.

8. How paranoid were you about being killed?

Very paranoid! First of all you couldn’t trust anyone anymore! Corrupt police killed their colleagues, neighbours turned on their own neighbours! I ended up sleeping in the police station with a gun in my hand, that’s how paranoid I was. But can you blame me? I was a commander with 2 million pesos on my head, you can imagine how many people were after me looking for another pay day!

9. Why did you decide you have had enough?

Well it’s quite obvious, people were after me, I wasn’t safe. I felt helpless. My life and my family’s was in great danger and I just decided I have had enough so I quit the force and took my family to the US in 2000.

It was hard for me to find a job at the age of 43. But I did eventually and now I work for Medellin City Tours, where I get to make money off long lost Pablo Escobar.

11. What is the prayer you say at his grave?

When I am on the tour and get to his grave I pray, Pablo Escobar you tried to kill me too many times but you didn’t win. Now that you are buried in pieces and bones I have to say thank you so much because right now I’m making money under your name.

12. How did you see Medellin change in 9 years?

I returned from the US in 2009 when my family contacted me saying Medellin has changed a lot. They were right, wow I was impressed when I returned after 9 years. The city has had a tremendous transformation! When I left I remember it being the city of dead bodies, but when I decided to return it was completely different, the bombed places have been restored and it became a beautiful and innovative city. Most importantly it was a safe place, not only for me but also for tourists.

I have even now made peace with Pablo Escbar’s hitmen. To the right is a photo of  Mr Popey John Joiro Velasquez, a hitmen in those days. Now we have made peace, we agreed that those times are over, that’s how safe it is now.

13. Is there a message you would like to tell our readers?

I want to ask them, what do you think of Colombia? Most probably the first words that come to mind are Cocaine, crime, unsafe and Pablo Escobar. But I can assure you that Colombia is much more than that, it is now a safe and beautiful country which you as tourists can come and experience for yourself. Colombians want to forget those days and they do it through art, music and flowers.